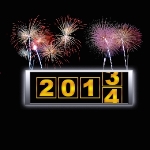 Much pain, uncertainty and consternation has resulted from a simple phrase... "If you like your plan, you can keep it."

Back in November 2013, President Obama announced in a press conference that he would allow states to allow carriers to allow consumers to keep some or all of their current plans in 2014. After anxiously awaiting the decision from the DOBI commissioner and then the carriers, Oxford was the only health carrier in New Jersey that decided to allow the renewal of non-complaint plans in 2014.
Oxford released notification on December 26, 2013 that they will allow New Jersey small groups with Jan. 1, 2014 through Oct. 1, 2014 effective dates to accept this option for transitional coverage.

To ensure customers are aware of this new option, Oxford will send each small group customer a federally required notification communicating their options for 2014:

Small groups with January and February 2014 effective dates will have until January 31, 2014 to make a decision to elect Transitional Coverage.

Rates for January and February groups will be sent to the General Agents and not to groups directly. Please reach out to our retention specialist for details on your customers.